The Absence of Commitment

As commitments go out the window, so too does predictability.

Back in 2011, Ken Schwaber and Jeff Sutherland, the established authorities on Scrum standards, replaced the term commitment with forecast within the official Scrum Guide.  While this may seem like a minor, irrelevant change, the implications are indeed significant.

Throughout a typical Scrum SDLC, there are a number of opportunities to establish plans for meeting various project milestones.  And prior to 2011, there were exactly two meetings that required commitments regarding project deliverables:  The Scrum and the Sprint Planning Meeting.  The Scrum demanded commitments from individual team members as to what they would complete that day and the Sprint Planning Meeting demanded a commitment from the team as to what they would complete during that (upcoming) sprint.

While “demanding commitments” may sound harsh to some, the term “commitment” was a significant imperative within the Scrum Guide.  But that term was chosen for good reason: To facilitate predictability.

If a Scrum team often fails to meet its sprint commitments, and continuously carries work over from one sprint to the next, you lose the ability to predict when they will finish a particular scope of work.  While Waterfall has been infamous for lack of predictability, this is one area that Scrum has greatly improved upon, assuming that sprint commitments are consistently met.

Throughout the 10+ years I have led the practice of Agile at more than a half dozen different companies, I have rarely seen a Scrum team consistently meet their sprint commitments.  While some teams may consistently come close, very few teams actually meet their commitments on a consistent basis.  Hence, the change to the Scrum Guide was adopted.  This change was meant to bring the standards more in line with reality.  So instead of Jeff and Ken expecting Scrum teams to better align with the Scrum Guide, they thought it was best to align the guide with the prevalent behavior of the teams.  Therefore, Scrum now prescribes a lot of planning with no commitments.

At this point, you can see this is more of an editorial than an article on best practices.  I have always been one to believe that mature teams are ones that are committed to success.  By merely making forecasts, a team is telling me they’re really not committed to the project.  In my opinion, making forecasts is an excuse for not delivering to the stakeholders.  “Well, it was never a commitment; it was merely making a prediction (a guess) as to when we would be done.”  Just because most teams don’t regularly meet their sprint commitments, does not mean we should not expect it (how’s that for a triple negative?).  If we want excellence from our teams, we need to expect excellence.  And in my book, asking for a forecast instead of a commitment doesn’t get it done.
Tags:
ceremony defects predictability Scrum sprint waterfall 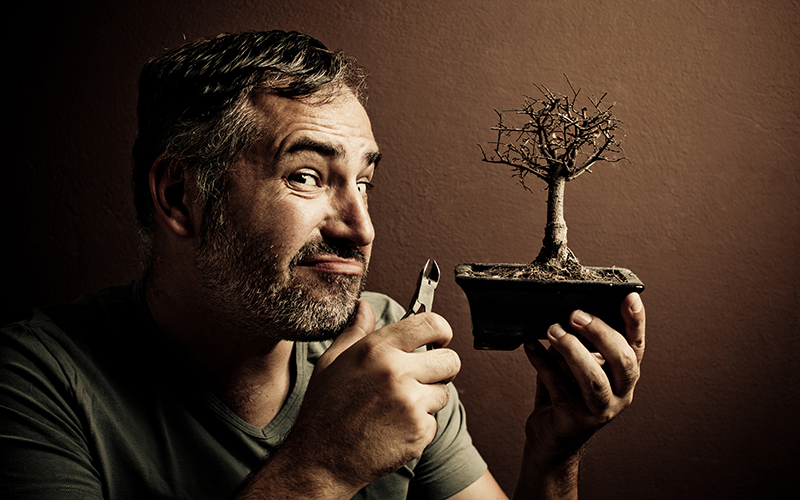 A Dozen Ways to Fail at Scrum

Scrum provides a process framework to help realize the benefits of Agile principles.  The value of Scrum has been demonstrated many times, on numerous projects, throughout various industries.  It is a fairly simple and straightforward set of practices and guidelines that will (usually) result in greater adaptability to change, improved productivity, high quality products, and happier customers.

With a shortage of technical talent, many of us are competing to find and hire the few technical rock stars out there.  And among those rock stars is a lot of mediocre talent trying to capitalize in a very good job market.  It’s hard to blame them for wanting a slice of the pie, but as leaders, we need to wade through the mediocrities to find those who can effectively support our development goals.