High level policies should not depend on low-level details.  For example, business rules should not have to be recompiled or redeployed due to a change in how the data is stored.  This is achieved by inverting source code dependencies (through abstraction) to oppose the flow of control.  This will help ensure a flexible and reusable architecture.

Figure 1 below illustrates a simple example of the Dependency Inversion Principle.  Initially, the switch was directly dependent on the lamp, as if it were hard wired to the lamp.  By removing that dependency and inserting an abstract class (the ISwitchClient interface) between the Switch class and the Lamp class, that declares the Toggle function, we were able to make that function polymorphic and decouple the lamp from the switch.  Now the Switch class uses the ISwitchClient interface and the Lamp class implements it.

In this example, a module would be created by bundling the Switch class with the ISwitchClient interface and creating a separate plug-in for the each of the applicances (lamp, fan, etc.). 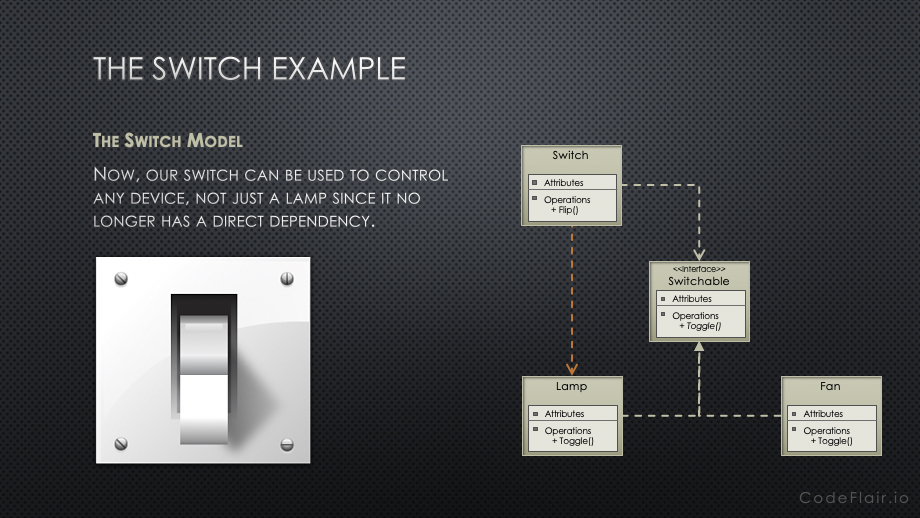 Figure 2 below shows the inversion of source code dependencies so they oppose the flow of control.  This inversion creates architectural boundaries (or seams) between software modules, making the call to function f() in module C, polymorphic.  While module A still has a runtime dependency on module C, it no longer has a compile time dependency on it.

This is one of the big advantages to using object-oriented languages.  Polymorphism gives us the ability to create one module calling another yet having the source code dependency point against the flow of control.  This is significant because it give us control over our dependency structure.  We can now reduce coupling and avoid writing Fragile, Rigid, and Immobile software. 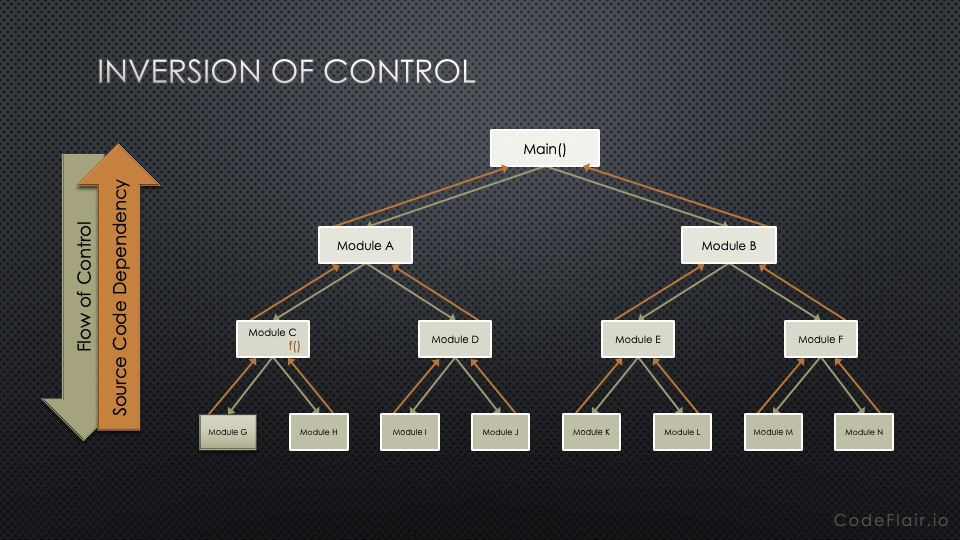 The example below illustrates how to improve testability through application of the Dependency Inversion Principle.  This is a very effective method of isolating the System Under Test (SUT), enabling the substitution of test doubles in place of dependencies.